The Journalism Association of Community Colleges (JACC) recognizes excellence in Community College Journalism.  Founded in 1955, JACC is a nonprofit on the cutting edge of journalism education, bridging the gaps between students, educators and publications by providing networking and educational events aimed at inspiring members at each stage of their journalism career. This year’s conference combined NorCal and SoCal in an all-new virtual format on November 6-8.  During the conference, awards were announced.  We are proud to share that students writing for The Peralta Citizen received several awards.

The Citizen won the FIRST-EVER multimedia/video award in our department for James Millet’s video entry Playing with Time, which is complete with an original soundtrack. 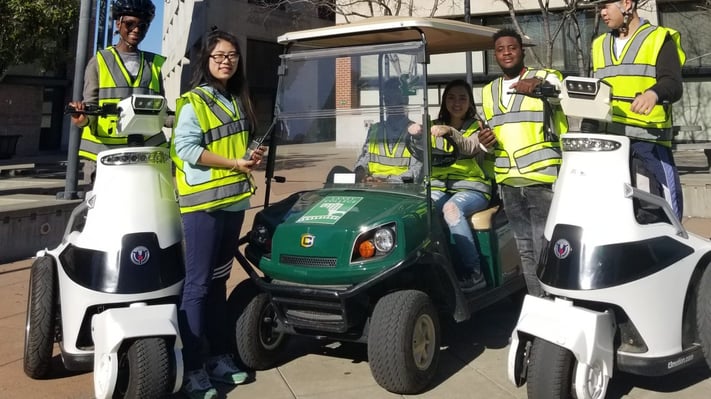 Jacquelyn Opalach won for her feature story about COA and Laney FabLab production of PPE (this article also appeared in EdSource!) as well as her article about security at Peralta and defunding ASCO.
Thanks to Eleni Economides Gastis, sponsor for The Citizen and chair of the Laney College Journalism Department for sharing this exciting news via PCCD Announcement.  Congratulations Eleni!  And please join us in congratulating our amazing students on their success!
To read more from the Citizen, go to www.peraltacitizen.com