Don't miss out on the incredible programming offered daily on Peralta TV, which can be viewed on Channel 27 in Alameda and Berkeley; and Channel 28 in Emeryville, Piedmont, and Oakland, and on AT&T U-Verse at Channel 99. You can also view original content on the Peralta TV YouTube channel, including the award-winning documentary on the Black Panthers.

Here is just a taste of what is coming up in the month of November: 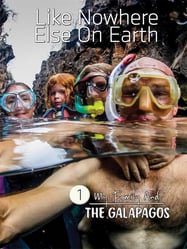 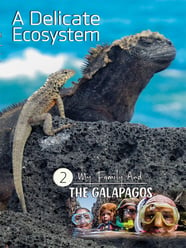 MY FAMILY AND THE GALAPAGOS

In 1978, the Galapagos Islands were designated a UNESCO World Heritage site, signifying their unprecedented importance to the world. Forty years on, MY FAMILY AND THE GALAPAGOS follows the award-winning TV host, marine biologist, and conservationist Monty Halls as he returns to his "favorite place on Earth”—The Galapagos Islands — to investigate the wonders and challenges that both define and threaten this awe-inspiring jewel of nature. This time his wife and two young daughters will be joining him for three months to experience this utterly unique place together. As a family, they will share spectacular wildlife encounters and life-changing adventures, living alongside creatures that can be found nowhere else on Earth. But at a time when the islands are at a crossroads — with the human population expanding, invasive species being introduced, and illegal fishing threatening the fragile habitat more than ever before — they will also learn first-hand what is being done to protect The Galapagos Islands, one of the most bio-diverse places in the world.

11/13 (Fri) & 11/15 (Sun) @ 8:30pm – PART 1: LIKE NOWHERE ELSE ON EARTH
As the Halls family settle into their new home, they quickly realize that the Galapagos islands are like nowhere else on Earth, a place where the remarkable wildlife views them as just another animal. Together the family goes in search of the islands’ most iconic resident, the Galapagos tortoise, and learn more about the island’s most famous visitor – Charles Darwin. Monty discovers that the Galapagos Islands are on the front line of the battle to save the shark from extinction. Then Monty takes Isla swimming with a sea turtle, and is interested in what is being done to protect these majestic but endangered animals. He also joins a turtle tagging expedition, which reveals new behavior in this iconic species.

11/20 (Fri) & 11/22 (Sun) @ 8:30pm – PART 2: A DELICATE ECOSYSTEM
Monty investigates whether the Galapagos can cope with the demands of all the people who live in and visit the islands, plus the impact of invasive species on this delicate ecosystem. Monty joins a survey team monitoring juvenile sharks threatened by habitat destruction, visits with a marine conservationist to learn how to keep small scale fishing sustainable, and goes lobster fishing on a sustainable but terrifying night dive. The family visits Isabella Island, where they meet a local guide who describes the changes the islands have gone through in recent years. After joining an eye-opening local beach clean up, the family works out how they can reduce their own footprint on the islands by growing their own food and introducing chickens to their garden.

11/27 (Fri) & 11/29 (Sun) @ 8:30pm – PART 3: A TIME FOR REFLECTION
In their last few weeks on The Galapagos Islands, the family investigates the fate of the ocean’s most infamous creature – the shark. Monty joins a research expedition, traveling over 150 miles from human habitation to tag and photograph whale sharks. The photos and tags from his trip will produce invaluable data for years to come, and help protect Galapagos’ sharks and our oceans. The children go in search of one of Galapagos’ most peculiar but compelling inhabitants, the marine iguana. Monty takes Isla snorkeling with sharks, and reflects on what a remarkable experience this is for the family. 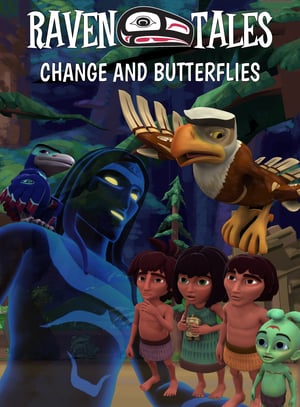 From the Emmy-nominated television series, this animated program introduces native aboriginal folklore in a humorous and entertaining way. The characters tell the stories through the wild adventures of Raven, one of the most powerful deities of Native American mythology. RAVEN TALES features an original interpretation of a popular tale that has been adapted from the folklore of many aboriginal nations.

In this episode of RAVEN TALES: CHANGE AND BUTTERFLIES, the Great Spirit tells the children that change is coming and gives them a gift to teach them about change, growth, and responsibility: four small cocoons.

A film by Matthew Eddy and Michael Dreiling

Over 70 years ago, Costa Rica abolished its army and committed itself to fostering a peaceful society. A BOLD PEACE juxtaposes the national policy of demilitarization with their investment in education, health, and the environment.

In his famous "Cross of Iron" speech in 1953, President Eisenhower critiqued the military-industrial complex while asking, "Is there no other way the world may live?" In Costa Rica today, we glimpse another way to live. In 1948, Costa Rica dismantled their military establishment and intentionally cultivated security relationships with other nations through treaties, international laws, and international organizations. Free of the burden of military spending, they used the financial savings to invest in their people, creating strong public institutions including public higher education and universal health care. In short, Costa Ricans created a society committed to peace, solidarity, and international law. They have survived with safety and relative prosperity for over 70 years without a standing army.

This award-winning feature documentary details the events which shook the country to its foundations, culminating in the 1948 civil war and the decision to abolish the military. Over the decades, the Costa Rican model has survived several serious crises, but the current threats may be the most formidable of all. 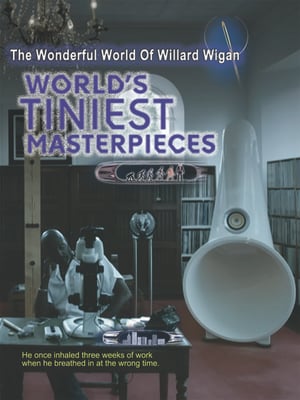 Willard Wigan makes art so small it could fit in the eye of a needle. His entire collection–valued in the millions–could fit on a coin. He once inhaled three weeks of work when he breathed in at the wrong time. For Willard, the desire to go smaller and smaller is his eccentric escape from a chaotic world. But how does he do it and why?

Using cutting edge macro camera technology and CGI graphics to take us into Willard’s tiny world, WORLD'S TINIEST MASTERPIECES follows him as he creates his smallest piece of art to date, attempting to beat his own world record with a sculpture totally invisible to the naked eye.