It's getting colder and even a bit rainy now and then as winter settles in. I can think of no better time than to grab a blanket, some hot cocoa, and take a journey with Peralta TV to the world's mountains, to the world's cuisines, where the ingredients we know and love come from, and beyond. 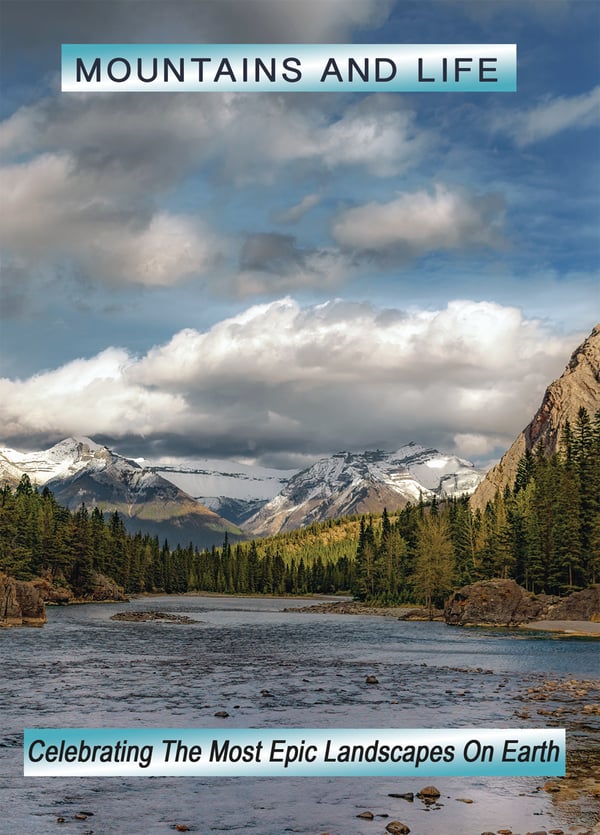 Celebrating the most epic landscapes on Earth!
MOUNTAINS AND LIFE journeys to the rooftop places of our world to meet the people who cherish, honor, and fight for them. From farmers, artists, and rescue teams, to scientists, musicians, and monks, this series reveals the different ways these mountain-dwellers have adapted to the high life.

Narrated by Matthew Gravelle (Broadchurch), MOUNTAINS AND LIFE combines stunning photography with thoughtful storytelling to create an emotional engagement with the soaring peaks of the Himalayas, the Andes, the Alps, and beyond.

Episode 1: The Himalayas
Episode 2: The Mountains of Korea
Episode 3: The Alps
Episode 4: The Rwenzori Mountains
Episode 5: The Andes
Episode 6: The Rocky Mountains

A film by Josh Fox
In HOW TO LET GO OF THE WORLD AND LOVE ALL THE THINGS CLIMATE CAN'T CHANGE, Oscar-nominated director Josh Fox (GASLAND) continues in his deeply personal style, investigating climate change - the greatest threat our world has ever known. Traveling to 12 countries on 6 continents, the film acknowledges that it may be too late to stop some of the worst consequences and asks, what is it that climate change can't destroy? What is so deep within us that no calamity can take it away?
Featuring, among others, Lester Brown, Elle Chou, Van Jones, Elizabeth Kolbert, Michael Mann, Bill McKibben, Tim DeChristopher, Petra Tschakert. 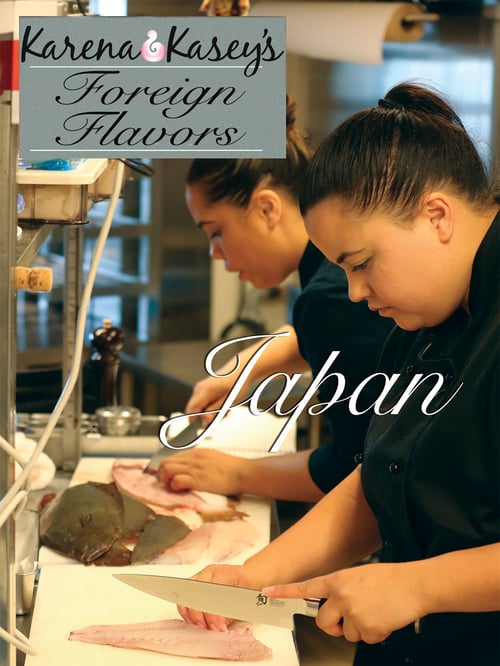 Crowned the youngest ever winners of MasterChef, self-taught Māori cooking sensations, Karena and Kasey Bird, are taking on the world one plate at a time!
In this exciting series, Kasey and Karena, who have barely traveled in their own country, let alone the rest of the world, embark on an epic culinary adventure to uncover the best food around the globe. From destinations in Asia, Europe, the Pacific, and the Americas, the sisters gain fresh insight into indigenous cultures and cuisines and are challenged to bring their unique style of cuisine to different cultures.

KOREA: 12/09 (Thur) @ 6pm,12/11 (Sat) @ 12pm, 12/12 (Sun) @ 7pm, 12/14 (Tue) @ 12pm & 12/15 (Wed) @ 8pm
Karena and Kasey head to Seoul, South Korea, home to one of the most popular, on trend cuisines in the world. The girls are taken out to try traditional Korean BBQ and a sing along. The Maketu sisters then split up, where one heads to the hills and has a lesson with a kimchi Master while the other eats her way around the famous Gwangjang Market. At the end of the week the girls find themselves showcasing Kiwi-Korean fusion cuisine to an elite group of foodies.

ITALY:12/16 (Thur) @ 6pm,12/18 (Sat) @ 12pm, 12/19 (Sun) @ 7pm, 12/21 (Tue) @ 12pm & 12/22 (Wed) @ 8pm
Karena and Kasey are in the beautiful Rome and are learning how to eat like a Roman. From Pasta Masters, to finding out all about making traditional Italian dishes, to being hand-fed Tripe, Rome is a city of discovery. But it’s not all about the food as they head to Monte Cassino to visit the graves and battle-grounds where their whakaapa fought and lost their lives. At the end of the week Karena and Kasey are tasked to cook a three-course dinner for the Ambassador and a group of VIP guests. But have they bitten off more than they can chew?

CHILE: 12/23 (Thur) @ 6pm,12/25 (Sat) @ 12pm, 12/26 (Sun) @ 7pm, 12/28 (Tue) @ 12pm & 12/29 (Wed) @ 8pm
Karena and Kasey land in Chile’s capital, Santiago, where Karena meets two Chef’s from acclaimed restaurant Peumayen who show her how Chilean cuisine is moving forward by going back to its ancestral past. Kasey heads to the port town of Valparaiso, home of the famous seafood market and she tracks down the infamous ‘caudillo de congrio’ dish. For their final Challenge they travel to the island of Chiloe where some say the ‘Hangi’ originated from and cook for a group of local Huilliche-Mapuche people.

JAPAN: 12/30 (Thur) @ 6pm,1/01 (Sat) @ 12pm, 1/02 (Sun) @ 7pm, 1/04 (Tue) @ 12pm & 1/05 (Wed) @ 8pm
Karena and Kasey land in the food mecca of Tokyo and find themselves being auctioned off for a charity. In the city that boasts the most Michelin stars in the world, the sisters start tasting some serious dishes, from the best Ramen in Japan to a 20-course kaiseki lunch and Michelin star sushi. But it’s their final night that sees them pushed to their limits as they’re in a working kitchen feeding hungry guests who won their services in the ‘Support our Kids’ charity auction.

NEW CALEDONIA: 1/06 (Thur) @ 6pm,1/08 (Sat) @ 12pm, 1/09 (Sun) @ 7pm, 1/11 (Tue) @ 12pm & 1/12 (Wed) @ 8pm
Karena and Kasey are in the Pacific visiting New Zealand’s closest neighbor, New Caledonia. It’s a perfect foodie fusion between Pacific island produce and French cooking techniques. Where else can you eat pastries, baguette’s, snails and cheese under palm trees beside crystal clear waters. One of the sisters gets a one-on-one lesson with one of the islands top chefs, while the other heads to the beautiful Isle des Pins. After learning all about sustainability of the ocean, the girls get cooking, hoping to impress a group of savvy New Caledonian foodies. 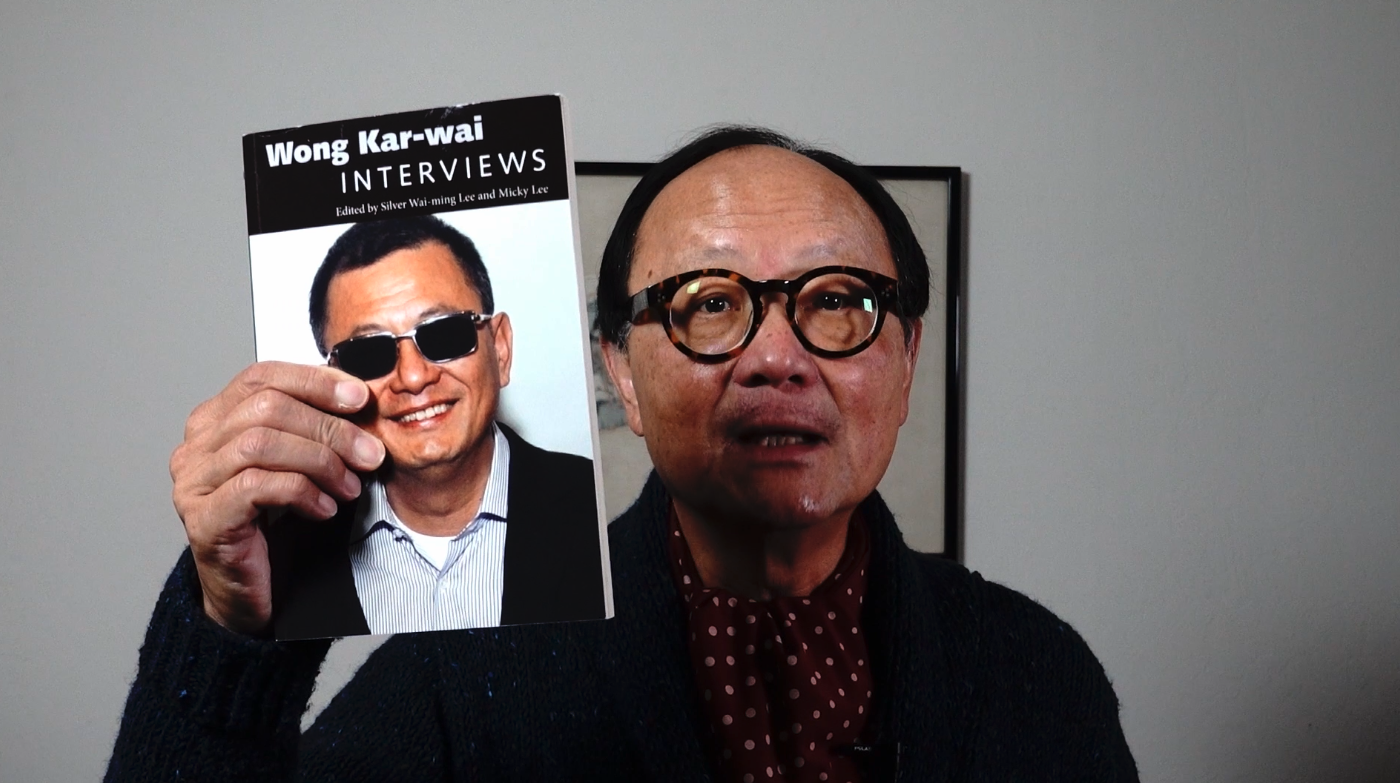 CINEPOD is Berkeley based writer and producer Roger Garcia’s unique look at the world of cinema and its inhabitants. Join Roger as he travels the world watching films old and new, attends film festivals locally and internationally from Europe to Asia and both on and off the beaten track. Sit in as he meets established and upcoming filmmakers, critics and festival directors. Enjoy his reviews of movies and film books from the pulp to the arcane.
CINEPOD is about cinema as a way of life – made by those who live it.

In this annual feature of CINEPOD, Roger suggests several picks as gifts for cinephile friends including his recommendation of one of the best books on Hong Kong auteur Wong Kar-wai; and a DVD collection of MGM musicals, some of which have surprising origins in classical literature and mythology. He also looks at some of the best streaming sites for art house and Asian cinema. 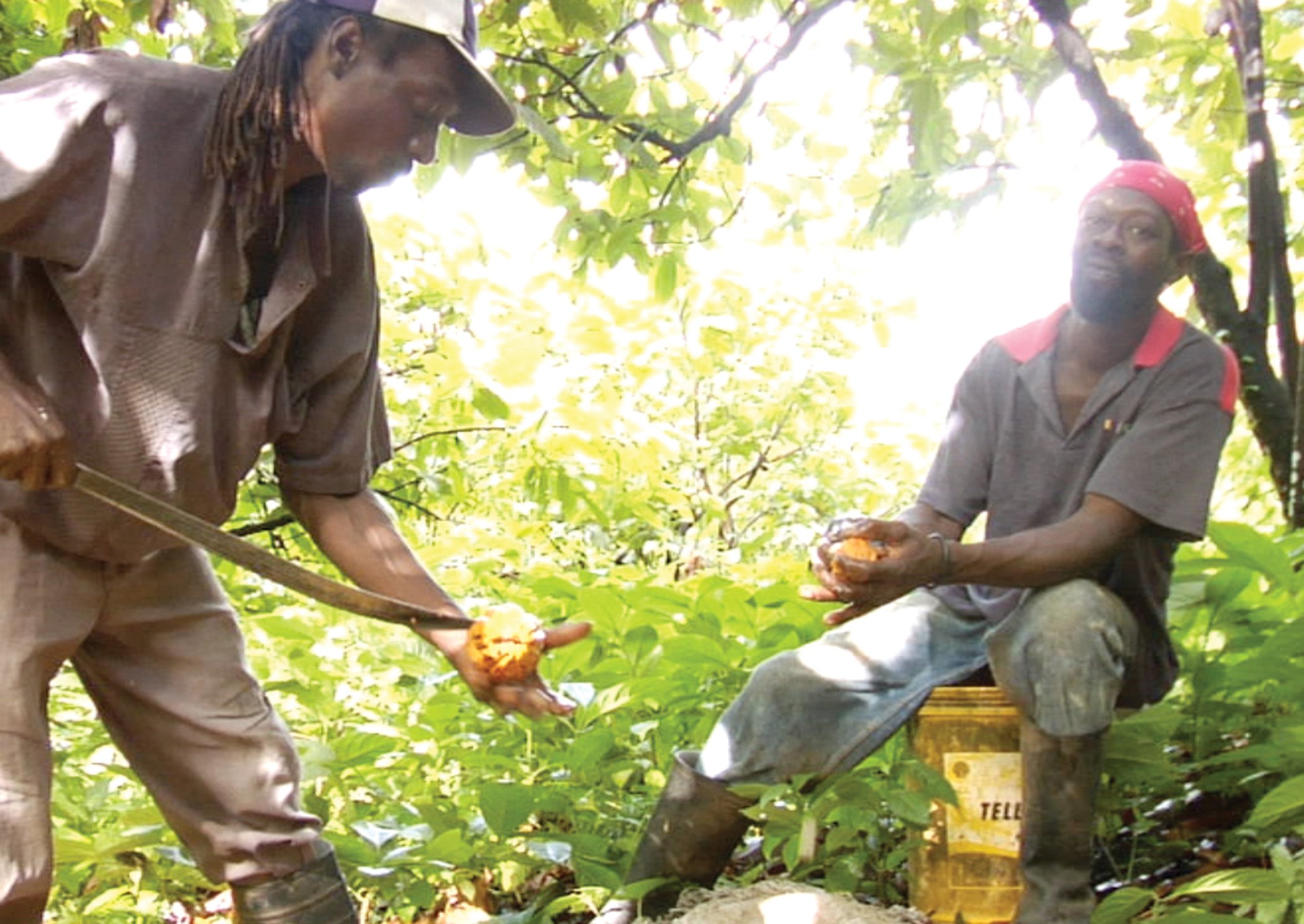 A film by Kum-Kum Bhavnani

NOTHING LIKE CHOCOLATE, awards-winning documentary film narrated by Susan Sarandon, tells the powerful story of Mott Green and the solar-powered Grenada Chocolate Company he founded, which is a farmers' and workers' cooperative. This tree-to-bar factory, claimed to be the smallest in the world, turns out luscious creations that are organic and ethical.
In a world saturated with industrial chocolate--often made with cocoa harvested by exploited child labor--this solar-powered workers' co-op provides a viable model for creating sustainable communities in the global South and beyond.
Also featured are Michael Pollan, Vandana Shiva, and Christian Parenti.