BCC Student Artwork to be Displayed at Berkeley YMCA

The Berkeley YMCA will display the artwork of two Berkeley City College students: Daniel Phounsavan and Greg Singleton. Both of the featured pieces were a part of the Artists Resisting Soda city-wide contest that took place earlier this year.

Daniel Phounsavan’s featured piece, Soda is Addictive, won third place in the contest. Both Daniel and Greg’s artwork, along with the work of the other students who participated in the contest were a part of an endeavor to decrease the incidence of diabetes and obesity in our community which increases the risk of COVID. 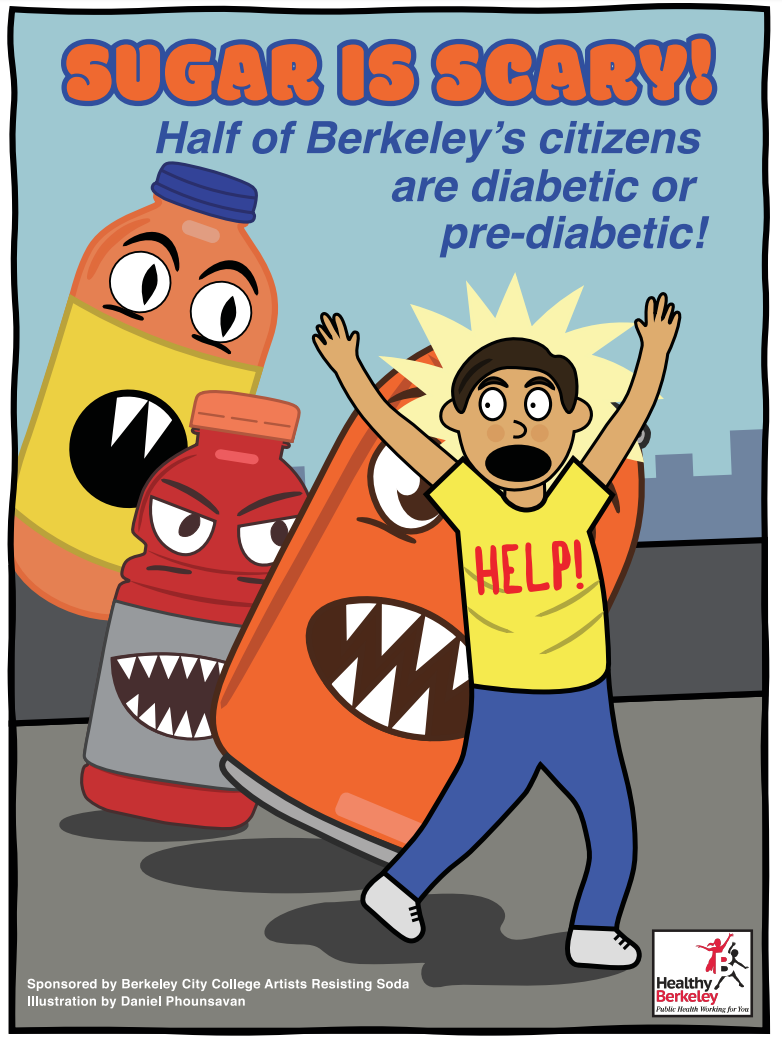 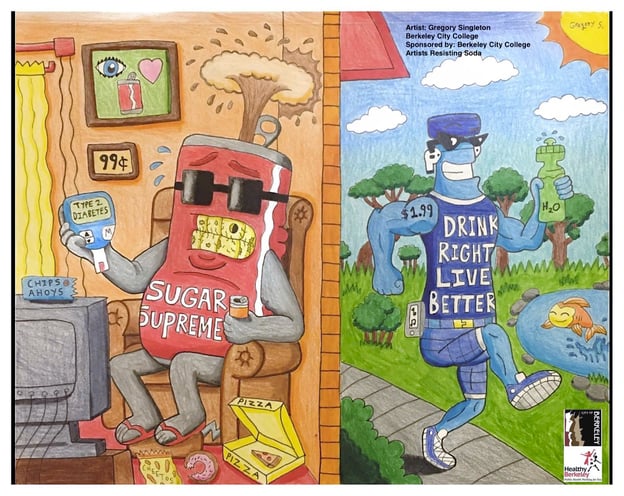 The Community Health Education Institute received a grant from the City of Berkeley to work through the Artists Resisting Soda Public Health Club at Berkeley City College with students to hold an art contest and distribute student-created art to local businesses and other venues downtown to publicize the health hazards of sugar sweetened drinks and to teach students public health advocacy.

They in turn testified before Berkeley City Council to create a Healthy Checkout lane in downtown stores where no sugared snacks would be sold. This is the first Health Checkout ordinance in the world. Community Health Education Institute worked with Center for Science in the Public Interest in Washington, D.C., the City of Berkeley Healthy Berkeley, Sugar Sweetened Beverage Commissioner Holly Schneider and Bay Area Community Resources. Funding was provided by the City of Berkeley through the Sugar-Sweetened beverage tax.

Inspired by the efforts of the Community Health Education Institute and the Artists Resisting Soda city-wide contest, the Berkeley YMCA picked two pieces to display. The YMCA will display the pieces at their childcare centers.