On the weekend of October 22-24, 2021, Merritt College and the Oakland community celebrated Dr. Huey P. Newton and the the 55th anniversary of the Black Panther Party . Dr. Newton, who along with Bobby Seale co-founded the Black Panther Party in 1966, was honored with the unveiling of a bronze bust statue, on Sunday, October 24th, at the intersection of Mandela Parkway and Dr. Huey P. Newton Way...the place where the leader took his last breath. 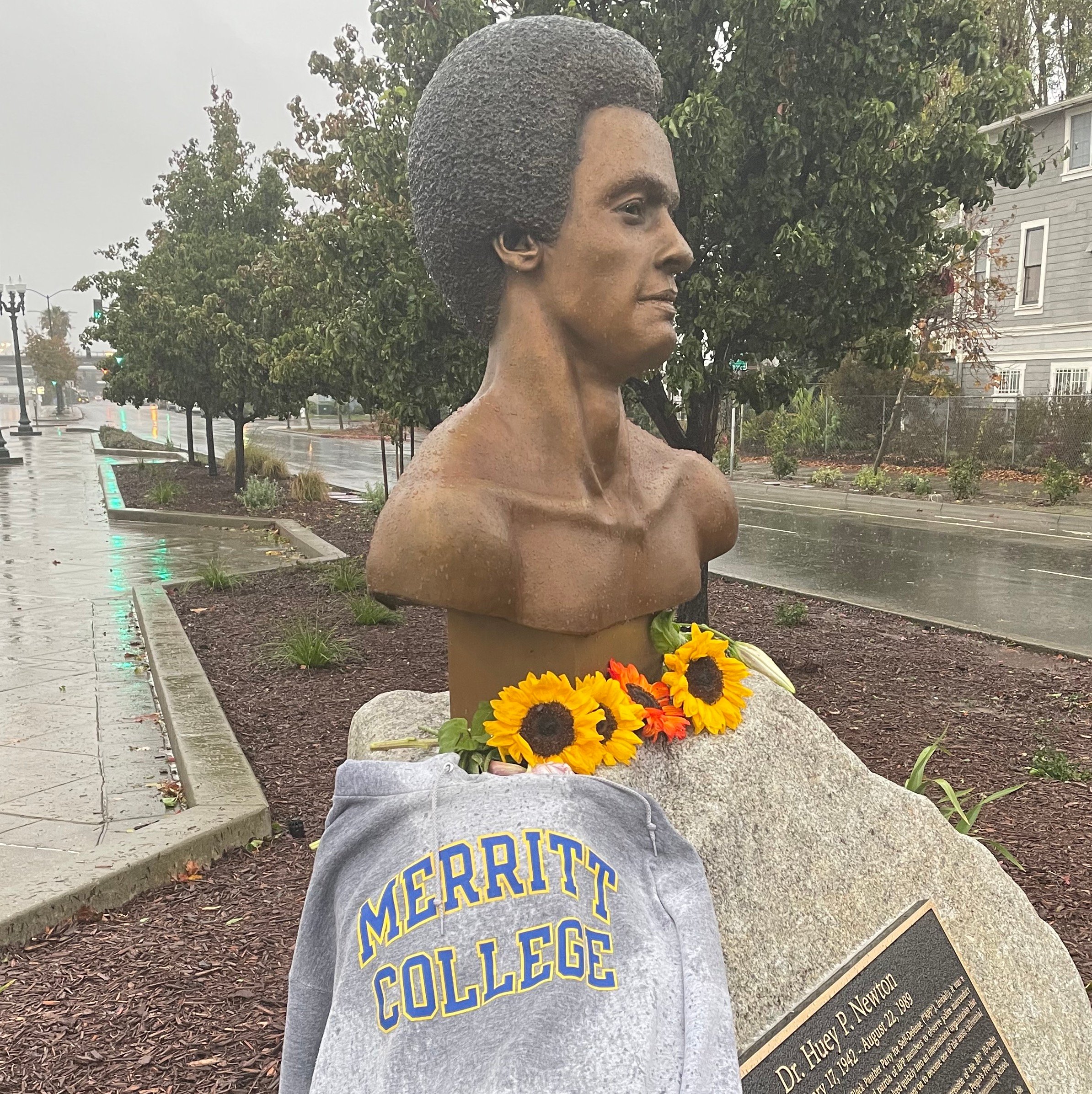 The bust statue of Dr. Huey P. Newton is the first permanent public art piece honoring the Black Panther Party in Oakland. The sculptor is the local artist Dana King, an African American woman who creates monuments of Black bodies in bronze.

The Black Panthers are known for fighting police brutality against the Black community. The image associated with the group is of armed activists resistant to police. In 1969, FBI Director J. Edgar Hoover described the party as "the greatest threat to the internal security of the country.” 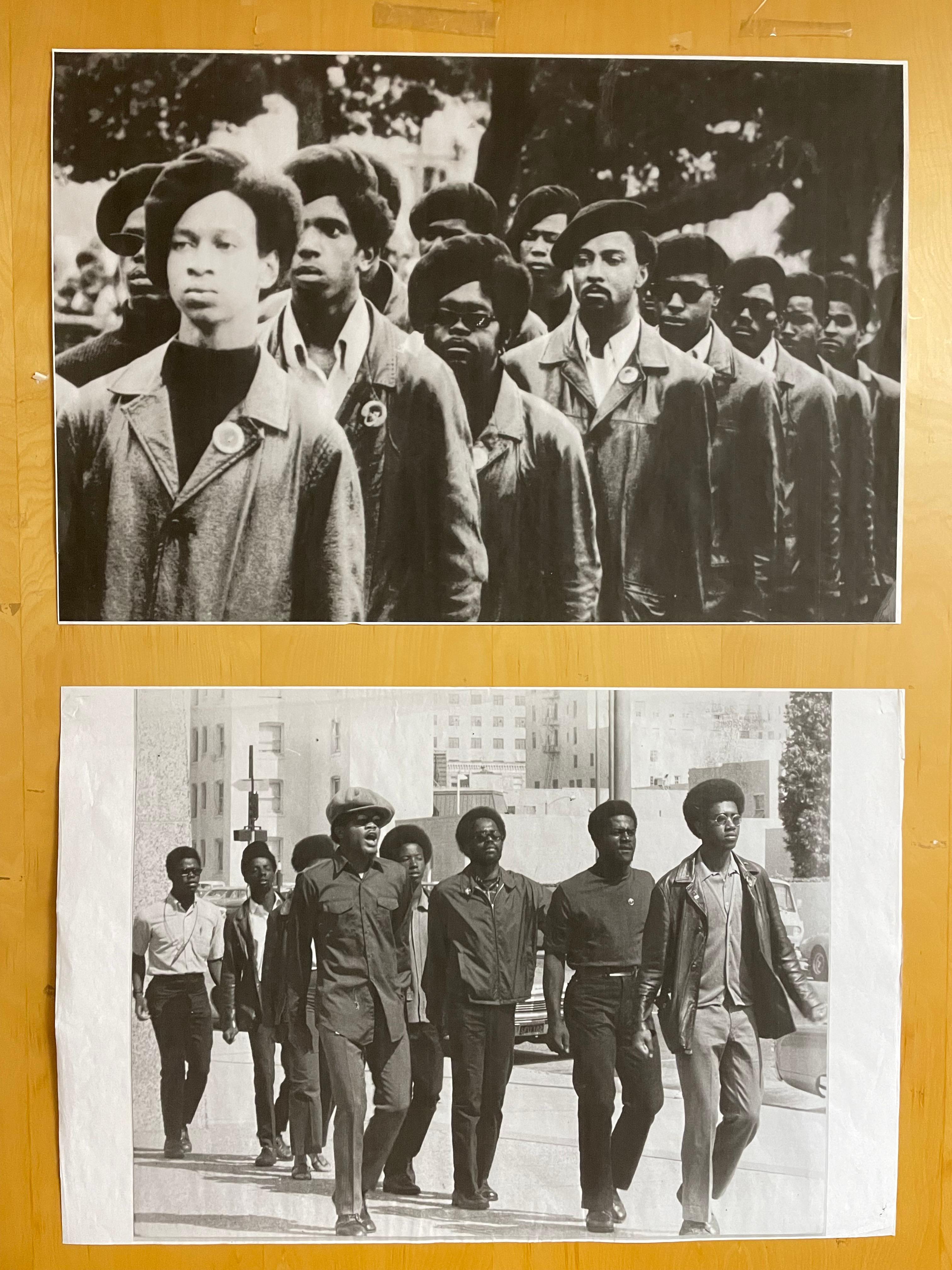 The true aspiration of Dr. Newton and the Black Panther Party, however, was to promote social changes and support to their local community by providing African Americans with food, wellness, and health care. Some of the “survival programs”, as the party used to call it, were free breakfast programs for the youth, free food programs for families and the elderly, assistance with legal aid, clothing distribution, local transportation, and health clinics for all underrepresented communities. 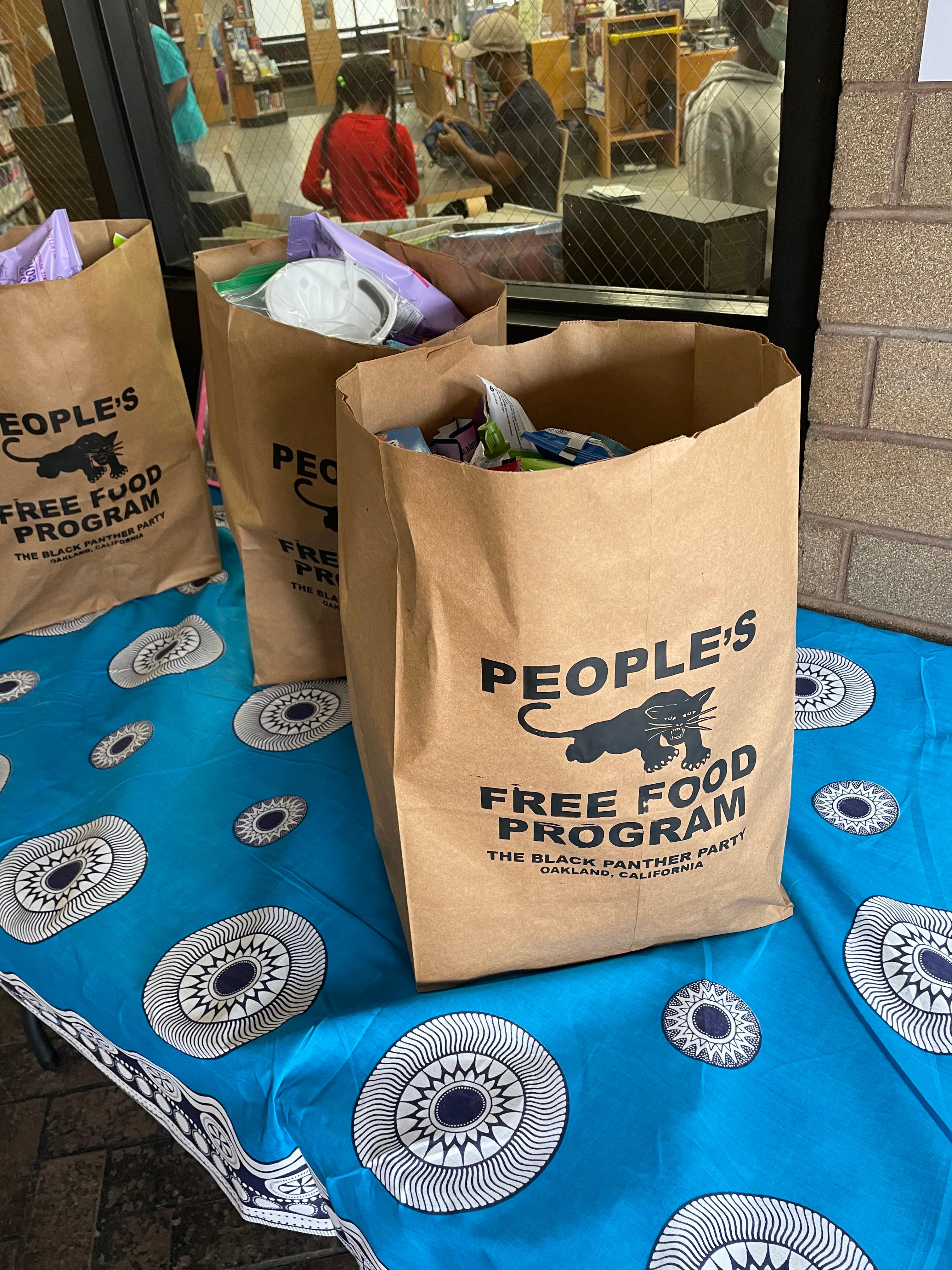 In 1961, the co-founders Huey Newton and Bobby Seale met at Merritt College, at that time located on Grove Street. A few years later in 1966, the Black Panther Party was created. Check the documentary Merritt College: Home of the Black Panthers. The video, produced by Peralta TV staff, has been viewed more than 250,000 times on YouTube!

President David M. Johnson was proud to host a celebration for the 55th anniversary of Dr. Huey P. Newton at Merritt College. Although it was an atypical raining weekend, President Johnson was glad to see the involvement of the community. He shares, “While it was wet throughout the weekend, that did not dampen the spirits of those who came out to celebrate this historic and joyous occasion.” The photos in this article were provided courtesy of President Johnson. 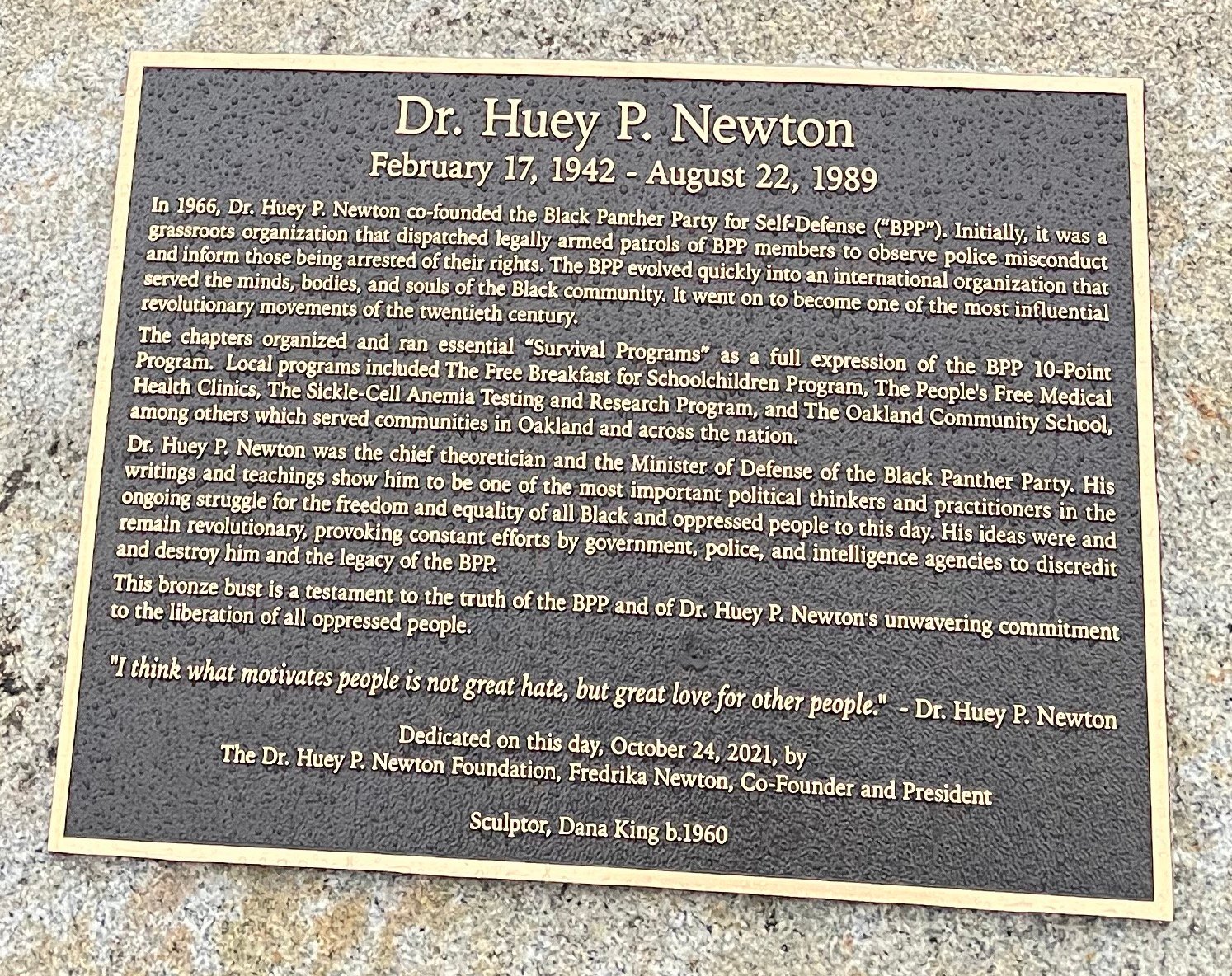