College of Alameda is excited to share that we have a new Athletic Director joining us for 2021-2022. Please join me in welcoming Director Vaughn. 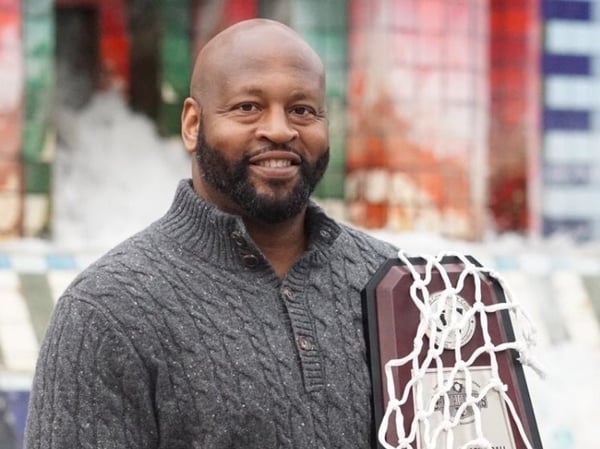 Veteran Women’s Basketball Head Coach Ramaundo Vaughn enters the summer of 2021 as the new Director of Athletics at the College of Alameda. In his previous 10 seasons as Head Women’s Basketball Coach at Diablo Valley, Coach Vaughn implemented a program and culture which turned the program from mediocrity into a perennial state powerhouse and is looking to bring the same work ethic, energy, passion, and leadership to the Athletics Department at the College of Alameda.

Prior to Diablo Valley College, Coach Vaughn spent almost 3 years as the Assistant Head Women’s Basketball Coach at NCAA Division II member Hawaii Pacific University. While at Hawaii Pacific, Coach Vaughn played an integral role in helping transform a team that had gone 2-25 in the season prior to his arrival to one that would go on to win a conference championship just 3 seasons later. While there, he recruited and helped develop several players who were named to the PAC West Conference All Conference teams.

As a player, Coach Vaughn prepped at San Francisco’s George Washington High School, where he was named Honorable Mention All SF Bay Area. He earned a basketball scholarship to Washington State University out of high school, but ended up transferring to San Francisco City College after his freshman year, where he helped his team get to the CCCAA Final Four. From San Francisco City College, Coach Vaughn then went on to play at Hawaii Pacific University. His basketball career then led him to play in Australia for a number of years.