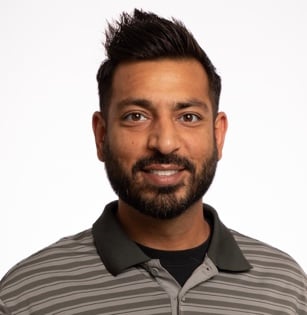 Ravi Bhambhra is the new head coach of the Cougars Men’s Basketball team at College of Alameda. He has many years of experience coaching teams across the country, including the Bay Area, Oklahoma and Arizona. He has served as an assistant coach at New Mexico, Washington DC, Pennsylvania, Florida, and California. Now, Mr. Bhambhra joins the College of Alameda and is preparing the team for the coming season.

Head coach Ravi Bhambhra grew up in Fremont, California. He started his career as a basketball coach at the age of 18. His first contact with basketball was at the University of Arizona, when he was an undergraduate student. He spent his time in college watching basketball practices, taking notes in the stands, and working lots of camps. As a result of his passion and willingness to learn, Mr. Bhambhra became an assistant coach at Tucson High, and later he served at Prima College, and Northern Oklahoma College, in Tonkawa.

After graduating from college he returned to California and coached at Cañada College, City College of San Francisco, and Palo Alto High School. At Cañada College, Mr. Bhambhra helped the team reach 3rd place in the state of California.

One day, Mr. Bhambhra gets one of the most important phone calls of his life, it is an invitation to apply for the basketball team head coach job at College of Alameda. “ It was pretty quick how everything happened. I am still pinching myself every day. I mean, I am still like ‘Hey, head coach in a community college in California, in the Bay Area, 25 minutes from the town you grew up in!’ It is a pretty special feeling for me”, shares head coach Ravi Bhambhra.

Head coach Ravi already started in his new role with a big responsibility in his hands. The Cougars participate in the Bay Valley Conference and need to get competitive again! The first game will be against City College of San Francisco, on December 22nd. Then, on December 28th the Cougars plays Yuba. View the November 13 game against Columbia College on youtube HERE.

Asked about the impacts of the Pandemic in the performance of the CoA basketball team, head coach Ravi Bhambhra says that the time that the athletes spent without playing and competing did affect the fitness level of the athletes. However, the players are motivated and very excited to be back on the court and are working hard for constant improvement and progress.

The team is basically mixed with half sophomores and half freshmen. A couple of sophomores will look to be leaders on the court, and off the court, are the players Chase Brock, Jacoby Simon, and Trayvon Watson.

Ravi Bhambhra is optimistic about the season and the coming games and leaves a thoughtful message for his team, he shares “I really hope that we don’t focus our time being concerned about our starting point and the consequences that have brought us here. I want us to remember that we have moved from having nothing, not having anything to go on together because of the Pandemic, to having our first season back. I want us to take our learnings and move forward understanding that the starting point is what it is. But we are focused on now and moving forward and competing together, learning, and growing together every day. That is my hope.”

To keep on track with Cougars’ news, schedules and scores of the games visit alameda.peralta.edu/athletics , to follow the Cougar Basketball squad go to https://alameda.peralta.edu/student-service/athletics/mens-basketball/ , and follow Head Coach Ravi Bhambhra on twitter @coachruv.